Be pleasant this holiday season

Posted on December 25, 2019 by CharliesTrail

“Years ago my mother used to say, “In this world you must be oh so smart or oh so pleasant. For years I was smart. I recommend pleasant.” – Elwood P. Dowd, “Harvey”

Sixty-nine years after its release, there’s still a lot we can learn from “Harvey,” especially Elwood P. Dowd, one of Jimmy Stewart’s most iconic roles.

Dowd always set his intention to be pleasant. Wherever he went he was interested, cordial and kind. He listened. People enjoyed having him around, so much so they didn’t mind that he had an invisible friend: a 6’4” rabbit named Harvey.

Giant pooka aside, Dowd lived his life one social encounter at a time, looking forward to meeting strangers and becoming their friends. What a novel concept.

Perhaps the 1950s was a simpler time. Having talked with some Central Montanans recently about their experience during that decade, it sounds like it was, but that’s no excuse for us to lose sight of being pleasant, especially in rural, small-town America, where we are supposed to take pride in such a trait.

How did we get off track? 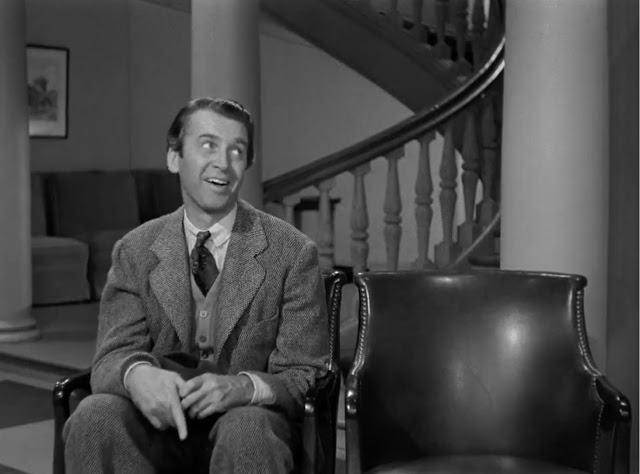 Growing up, my dad would often share a Kurt Vonnegut quote with me: “We are what we pretend to be, so we must be careful what we pretend to be.” As we go throughout our day, who is it we are pretending to be? Who is it we are trying to impress? When we have so many demands, so many commitments, so many relationships, sometimes we forget what we’re after in the first place.

I don’t know what it was like in the ‘50s, but I remember it being easier in the ‘90s and early 2000s, when our lives weren’t our phones. Now we’re always accessible. We’re always busy. It’s hard to stop and enjoy the silence when we won’t allow ourselves to experience it.

This being the case, it’s easier to get irritable. You can let news and work consume you. You can let the divisive political culture become an addiction. Instead of just reading an article or watching a show, you have social media constantly reminding you of the day’s drama, triggering an emotional response. No matter what side you’re on, it’s easy to get defensive, reactionary, even volatile.

Stop. Take a breath. Reset. And say to yourself, “I don’t know what’s in store today, but I’m going to try being pleasant.”

This is, of course, easier said than done, but being pleasant – like anything – takes effort, and, if you pretend for long enough, you might realize it’s not an act anymore.

I’d like to be more like Elwood P. Dowd and focus on the moment, live one interaction at a time, not be so easily distracted. I’d like to be pleasant, be it at home, work or out and about.

This holiday season seems as good a time as any to start pretending.

(As published in the Lewistown News-Argus)

Originally from Indianapolis, Denison is a writer and musician who has picked up culture and influences from eccentrics all over the U.S. and overseas. He is a University of Kentucky Journalism School grad and an award-winning Montana journalist. Through the years he's had work published by "Chicken Soup From the Soul," DVD Netflix, Montana Quarterly Magazine, NUVO and Americana Highways. He has a solo album, "Whispers of the Lonely," and continues to chip away at his first novel. Currently Denison is the editor of The Boulder Monitor in Boulder, Montana, where he lives with his wife.
View all posts by CharliesTrail →
This entry was posted in Holiday, Uncategorized and tagged Christmas, harvey, Holiday, Jimmy Stewart, pleasant, Vonnegut. Bookmark the permalink.